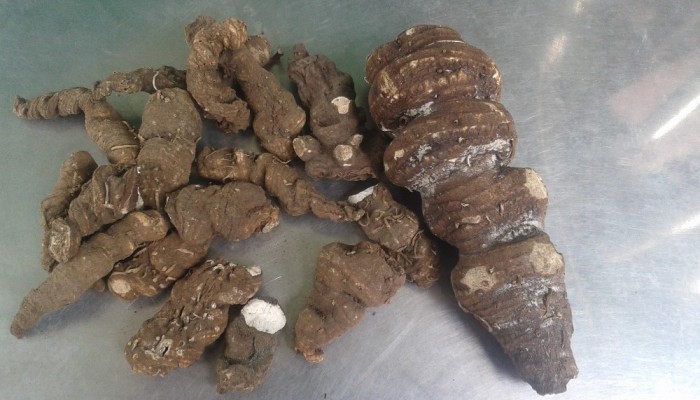 Satuwa ( Paris Polyphylla ) सतुवा, has been used by Nepali locals since the old days and this is one of the traditional

medicinal herbs used by people of Nepal. This herb is Traditionally used for fevers, headaches, burns, wounds and veterinary purpose to neutralize poisons in Nepal. The Satwa herb is considered as business herb or traded herb which is one of the rare plant species due to deforestation. This herb is harvested in the month of October before it expires by the locale people. Generally, there is a saying that the plant harvested on Tuesdays of the middle of April is considered as a gifted herb in compared to others. The Satuwa herbs are traded in large volume in Pokhara and Kathmandu city. Himalayan Alpine Herbal and Agriculture farm are only the Nation’s authorized commercial Satuwa production and nursery distribution agriculture company to all over the Nepal Himalaya region.

Satuwa Herb is an Asian species of plant which is originated in China and India generally known as Indochina origin. The Satuwa plant looks like a flower that throws out long yellow-green petals during summer and autumn. The plant looks like small berries during winter and this herb survives in moist soil in either complete or partial shade. The plant of Satuwa Herb grows up to the high of 90cm and width of 30cm.  The Satuwa Herb is a medicinal herbs plant species mentioned as vulnerable to extension by IUCN as the seeds of the Satuwa Herb is generally an ornamental plant for outdoor gardens and is meant for planting under the big trees.is herb is found to be low and didn’t germinate in the laboratory conditions. The general policy for conservation of this herb is the raise an awareness campaign among the people in the places where these herbs can be cultivated and propagate. Himalayan Alpine Herbal and Agriculture farm are capable of supplying 10,00kgs of the Satuwa products from the own farmland every year.