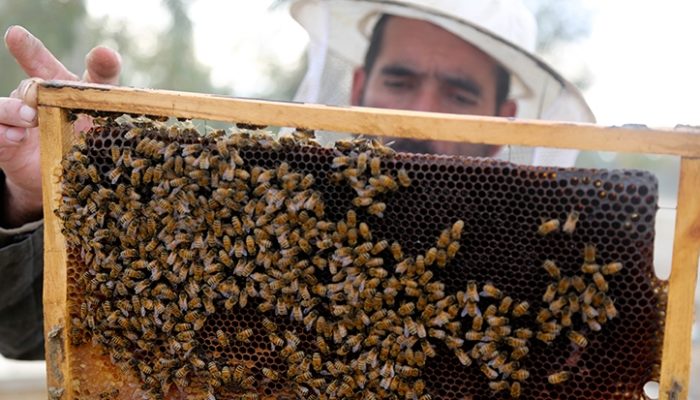 The traditional Himalayan Nepali honey hunters community went for honey hunting twice in a year in the high Himalayan foothills. The Himalayan honey means the honey extracted by the bee found only in Himalayan which is known as Apis laboriosa and are the world biggest bee. It was recorded in a BBC2 documentary named Jimmy and the Wild Honey Hunters Sun. The documentary shows the honey collection from the giant honeycomb of 2 million honey bees called as Apis laboriosa which is over double the measure of bees found in the UK. The Himalayan bumble bee is said to be the world’s biggest bumble bee who have the body longer than 3 cm. The Himalayan bees are found on Bhutan, China, Nepal, and India in the elevated region starting from 2500 meters minimum and highest at 4100 meters.

There are three variations of honey of Himalayan bee one is spring/red colored nectar that is collected at the higher elevation, spring nectar gathered from medium and lower elevation and finally fall nectar collected from any site. The Red Nectar has the market demand and costs higher than other regular honey. This Himalayan honey is traded to Japan, Korea, and Hongkong. The red nectar Himalayan honey is a prized honey for its therapeutic abilities and calibrating qualities. The Gurung Honey Hunters of Nepal are famous for their honey hunting and using the Himalayan for stimulating and restorative purpose.