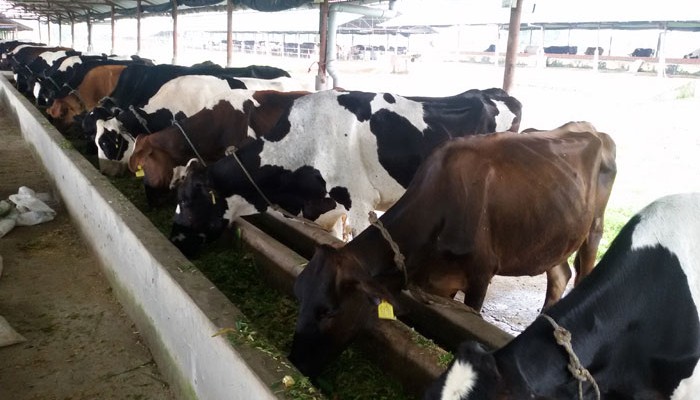 The Cow is generally considered as the livestock animal traditionally reared for farming, transporting, dairy productions, meat, and leather. The cow is also referred as cattle generally denoted to a group of cows. In general Hindu religion Cow considered as a holy animal that restricts the use of the cow as meat, leather, and transport. The Hindus raised cattle as the farming animals and dairy production. In the previous medieval days, the cattle are considered as a form of wealth and prosperity. The female form of cattle is called Cow and male version of cattle is called Bull or Ox. Generally, Cow is reared for dairy production and Bull is reared for farming and transportation purpose.

In European and western countries the cattle are raised for the meat which is known as beef and generally called beef cattle. There is various type of cows are found in European and Western countries which are called dairy cows and beef cattle. The Cows are reared as livestock animals all around the world and depending upon the breed the cattle can survive in various regions of the world. The daily cattle are generally farmed in a specialized dairy farm meant for production of milk.